Incredible acoustics and a unique appearance with Heartfelt Linear Walls 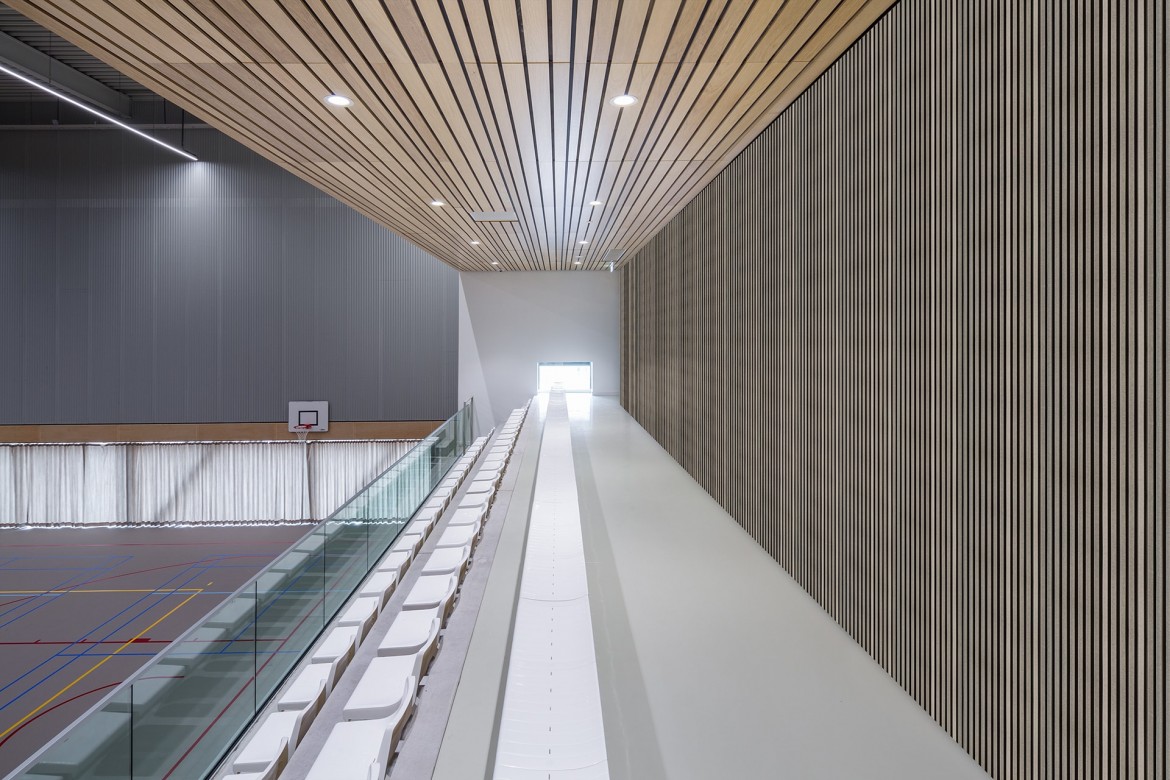 Hunter Douglas have worked tirelessly to create an advanced system that gives all architects, installers, and building managers the ability to manage the acoustics of every space they may have as precisely as possible, this is down to the creation of The HeartFelt® Linear wall system offers many different variations and design possibilities are available to specify.

The HeartFelt® modular wall system is created from non-woven thermoformed PES fibres with open joints between the panels. From using a different proportion of PES fibres Hunter Douglas have been able to create ten different shades for 55mm panels accessible to use. These shades consist of 5 grey tones ranging from black to white and five earth tones, the new creation has created the ability for every wall to become a visual feature, whilst also providing the option for the walls and ceiling to be seen as whole, not only this the The HeartFelt® modular wall system provides a superior acoustic quality to users, with the ability to use lock strips in order to mount the panels in a standard bracket.

During the process of developing the The HeartFelt® modular wall system, Hunter Douglas carried out an extensive range of tests, such as propensity for dust adhesion, susceptibility to the action of micro-organisms and fungal growth, alongside the tests for possible emissions to indoor air, and applying for an array of certification schemes.

When testing for fungal samples of The HeartFelt® modular wall system had been exposed to a mixed suspension of fungal spores. In order to investigate the intensity of growth the samples were inspected under a microscope and scaled from 0 (no growth) to 5 (heavy growth). the results for every sample tested returned as 0 meaning that there was no visual development of fungus nor had it grown.

As previously mentioned, the new HeartFelt modular wall system was also tested on volatile organic compound emissions to the indoor air, the results are shown in the table. Through the testing process the new system obtained multiple certificates including the greenguard certification program, which provides assurance that the products have been designed for indoor spaces and meet strict chemical limits, contributing to the creation of healthier interiors.